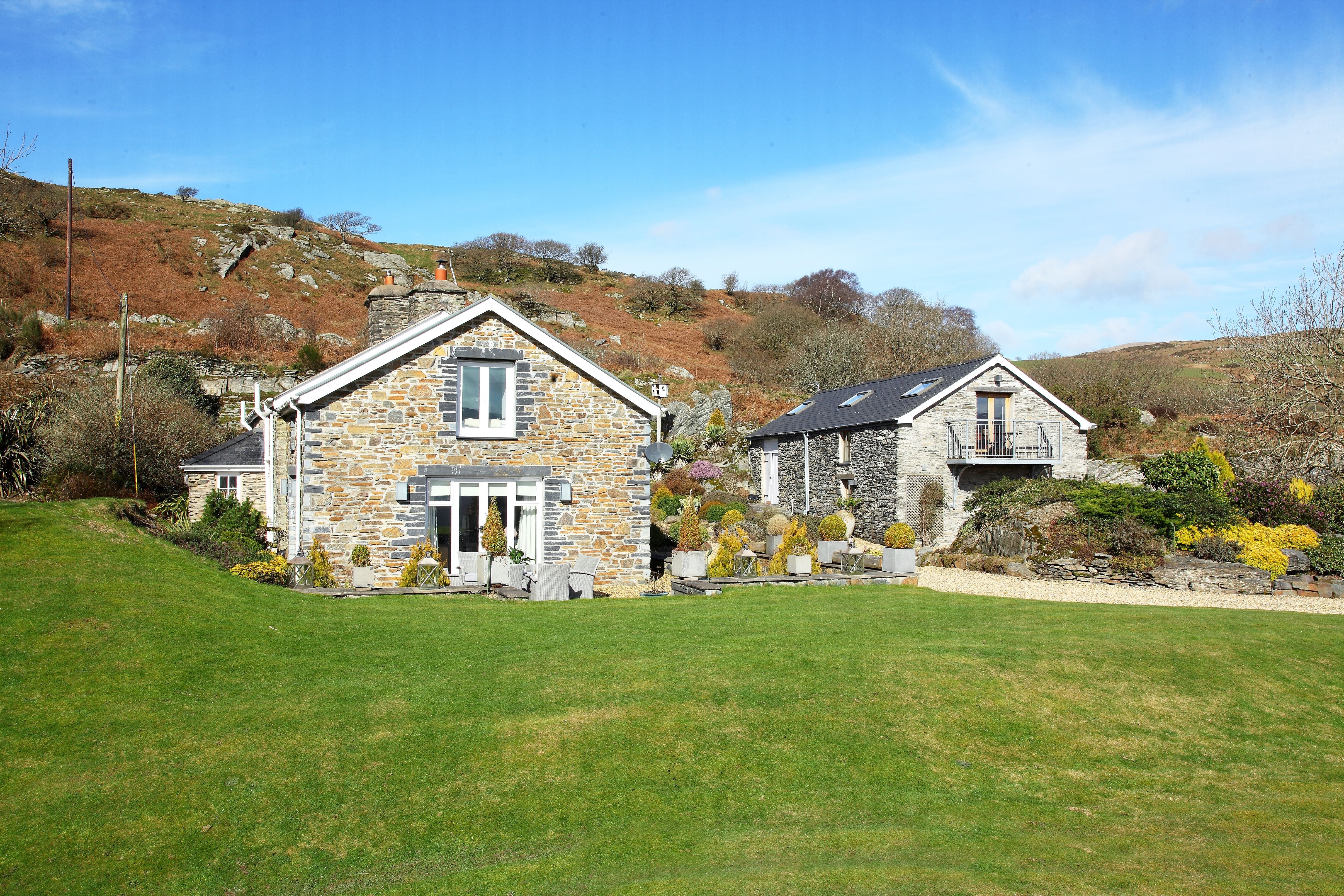 Combine the skills and eye of an artist and the perfection of a luxury hotelier and the result is a former Welsh farmhouse renovated without compromise.

For artist Rob Reen, owner of Glygyrog Wen at Aberdyfi on the south Gwynedd coast, the time has come to move on after 10 years living in what he describes as a “dream home.” It has been placed on the market by estate agents Morris, Marshall and Poole for £1.2 million.

The property, including four acres of grounds overlooking the Dyfi Estuary and Mid Wales coastline and a cow shed converted into his own studio, was snapped up by Rob and his late wife Joan 10 years ago after they spotted it as a “Home of the Week” in a national UK newspaper.

Today, after much investment, the property has been transformed into a luxury four bedroomed home that charts its history back at least 400 years.

Rob and his wife Joan, who passed away in February 2016, had bought the house after selling Ynyshir Hall Hotel near Machynlleth. They had taken over the hotel in 1989, transforming it into a five-start luxury hotel and Michelin rated restaurant. They later bought it back, with Rob selling it last year.

“They’d had a lot of viewings of the property after it had been published as the home of the week. But we loved it and could see the potential it had. It is in such a tranquil and peaceful location and suited us after selling the hotel,” said Rob.

“We paid more than we’d planned to snap it up.”

The property was completely renovated after being a holiday home for many years. A luxury custom made kitchen, designed by Mark Wilkinson, exposed beams in the bedrooms, stone fireplace in the dining room, French doors leading to the garden from the living room and attention to detail throughout the property.

Externally, the studio could be converted into living space, such as holiday or guest accommodation. The four acres of land include gardens, pasture and other outbuildings.

The property also has planning permission for a garden conservatory.

Michael Williams, a partner at Morris, Marshall and Poole said: “Glygyrog Wen is a remarkable property with so many luxurious attributes to it. It would make a perfect family home with amazing views over the Welsh coast and landscape. It’s 400-year-old history means it is very much in keeping with the local landscape and has been carefully renovated, keeping its character, while introducing the luxury elements.”

More details can be found at www.morrismarshall.co.uk or telephoning MMP at its Tywyn office on 01654 710388.