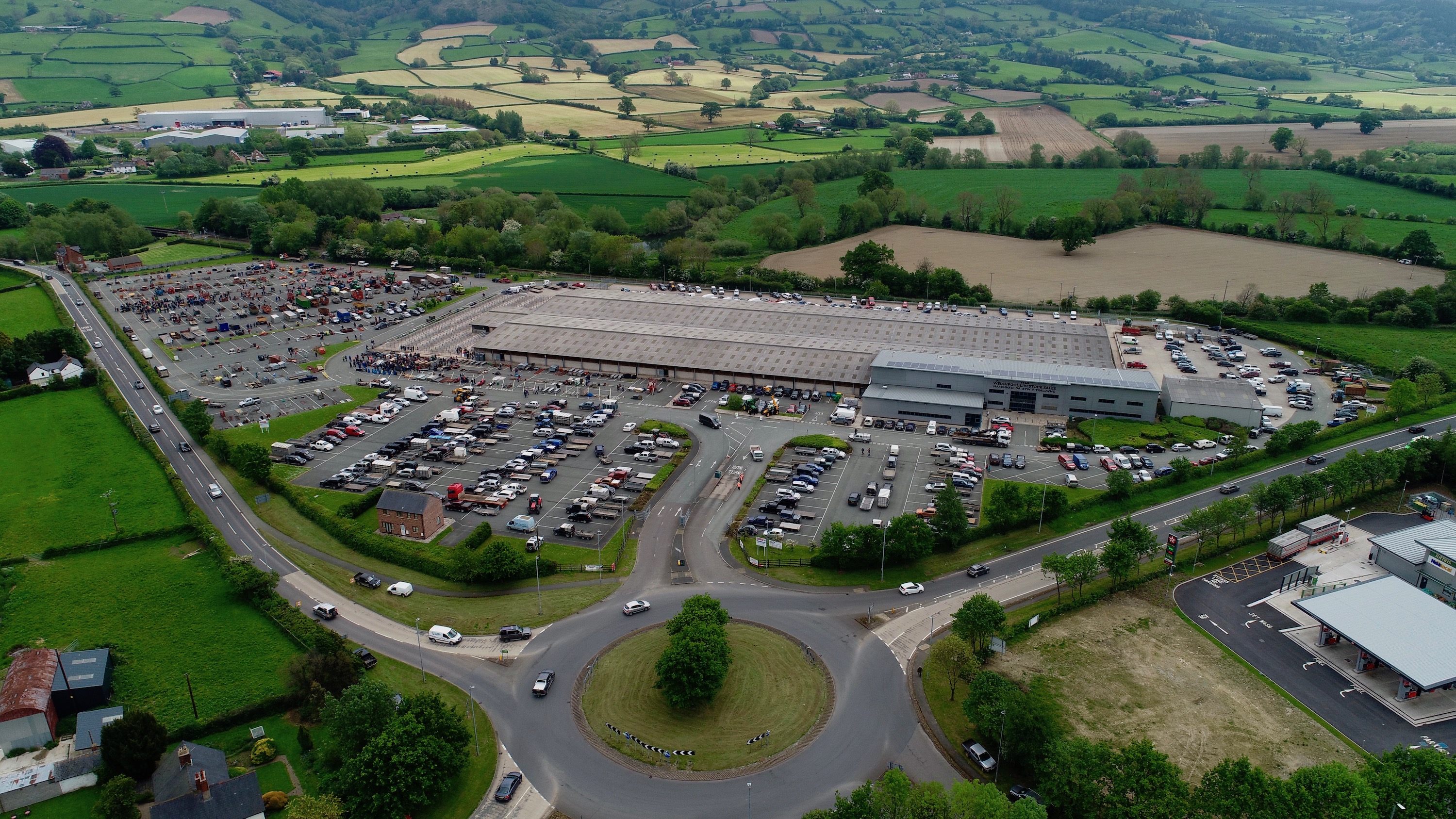 A good number of European online bidders have created significant prices at two agricultural machinery sales in Mid Wales organised by Welshpool Livestock Sales, demonstrating the strength of the market ahead of a potential Brexit, according to auctioneers.

In one sale at WLS’s Welshpool mart, more than 150 online bidders including a large number from Ireland, Africa and mainland Europe were vying for 1,400 lots, while in excess of 200 online bidders were involved in a dispersal sale at a farm near the town. This was in addition to a large physical presence of potential buyers at both sales.

“The demand in the used agricultural machinery market is very strong at the moment. I think it’s fair to say we haven’t seen as much demand and high prices for machinery like this for some time,” said Nick Hyne of Welshpool Livestock Market which is part of chartered surveyors and estate agents Morris, Marshall and Poole with Norman Lloyd.

“The level of interest from southern Ireland and mainland Europe has been significant. We believe this is down to demand for good quality machinery set against supply delays for new machinery combined with current exchange rates.

“We had over 150 online bidders for our main machinery sale in May. This was a significant increase on previous sales and prices rose to high levels, such was the demand.

“The same happened earlier in the month at a farm dispersal sale at Caethro, near Welshpool. Alongside a large crowd of buyers, we had more than 200 online bidders, again predominantly from Ireland and mainland Europe, as well as all over the UK”.

A top price at the main machinery sale was £18,000 for a 55-plate New Holland four-wheel-drive tractor with a power loader and attachments. It was sold to an online buyer from Southern Ireland.

“The bidding sent prices at both sales to very strong levels. We believe Brexit is a key factor with uncertainty over tariffs and movement post any Brexit leading to the high levels of interest,” added Nick.

“Supply chain issues and exchange rates in the new sales market are also sending individuals and traders to look for good quality used machinery and the UK currently has a good supply in this area.

“We’re already seeing a lot of interest from vendors in our July collective sale when we believe the same, if not keener interest will be demonstrated again.”

The next collective sale takes place at Welshpool Livestock Sales, Buttington Cross, Welshpool, Powys on Saturday, 13 July, followed by two more during 2019 on 7 September and 30 November.