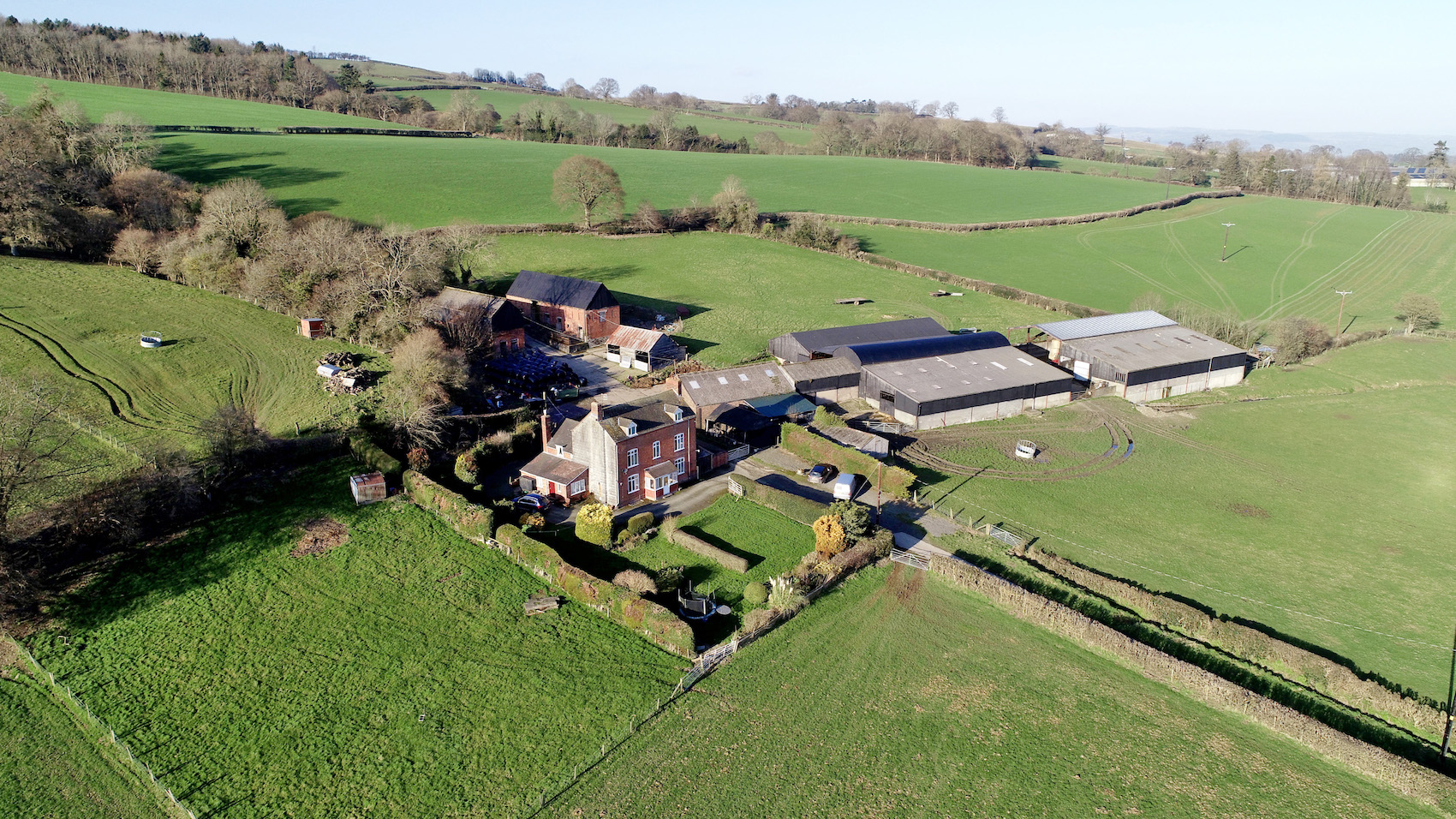 A farm on the Powys/Shropshire border that has been in the same family since 1950 is to be auctioned in April with a guide price of £1.5 million.

New House Farm at Sarn, near Churchstoke, Powys, includes a five-bedroomed farmhouse, 148.5 acres of farmland and outbuildings. It also has planning permission to convert two farm buildings into two dwellings.

“New House Farm has been in the Corfield family since 1950 and is a noted arable and stock rearing farm in the lower reaches of the Kerry Vale,” said a Richard Evans, a partner at Morris, Marshall and Poole with Norman Lloyd who are acting on behalf of Mr J Corfield.

“Farms of this quality and nature do not appear on the market very often in this area and the sale of New House Farm by auction gives potential purchasers the fantastic opportunity to acquire a whole farm under the hammer.”

The farmhouse is an impressive three-storey brick property with double-glazed windows and a large amount of accommodation, including the five bedrooms.

“The prospective owners of the farm will have the opportunity to develop two homes on the property as planning permission has been approved to convert two ranges of traditional farm buildings into two dwellings,” added Richard.

New House farmland together with the house and buildings extends to approximately 148.58 acres (60.13 hectares) in total.

“The land has a mixture of arable land, temporary grassland and permanent grassland interspersed with some areas of broadleaved woodland. The lower-lying ground forms some excellent enclosures capable of being used for both arable and grassland purposes as part of a rotation,” said Richard.

“The permanent grass pastures rise from approximately 530 feet to 930 feet where the land levels out once more. The land benefits from natural water sources and also from two private tank supplies; one from a well, servicing two tanks and another from two rings servicing one tank. The arable land and grassland complement each other very well making New House a well-balanced, fertile and productive farm.”

The farm will be sold at public auction at Welshpool Livestock Sales Conference and Meeting Centre at Buttington Cross, Welshpool, Powys on Thursday, 9 April at 7pm.